It’s getting ugly out there!  There’s a battle raging on social media, and at the heart of it is the equestrian pursuit that I love.  On the one side you have the  “Dressage is horrible!  I’d never do that to my horse!”  On the other is the “It’s only a moment in time! And besides, no one would allow someone to abuse such valuable horses, so it can’t be abuse!”  Caught in the middle are those of us who know, love and understand the sport/art of Dressage and the nature of the horse.  We’re often drowned out by the “Dressage is horrible!” crowd, and lumped in with them by the “Moment in time!” crowd.  And who are the casualties of this war?  Not the riders whose egos are apparently too fragile to take criticism, and need their “knights” to defend them.  Nor those of us who see our beloved sport corrupted.  No, the real casualties in this war are the horses themselves.  This post is my feeble defense against their “enemies” on both sides of the front.

First, because it’s my favorite, let me take on the “moment in time” battle.  Recently there has been a rise in online articles about how the internet is “destroying” the equestrian community, and Dressage in particular.  The main arguments go that those who complain about what they see in the horse world are:

The first is occasionally valid – but they are usually non-specific in their criticism, often focusing on any use of the horse as being bad.  The second just plain isn’t worth discussing – in my experience, it’s the fallback position of someone who has no other argument.  It is the third that is, by far, my favorite argument – so let’s spend a little time on that.

I have posted the photo below on previous occasions.  It is actually one of the photos that I have seen defended as being just a “moment in time” and “unfair to criticize this very successful rider”.  (I’m not giving a name, though if you really want to figure it out, you certainly can.) 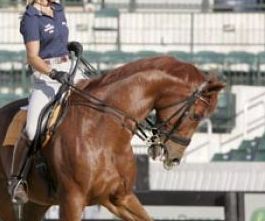 My first answer to any defense of this photo is – no moment in time should ever look like this!  But, if you can think of a valid reason for a “moment in time” that looked like this, then my next answer would be these … 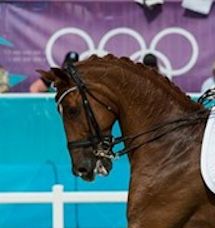 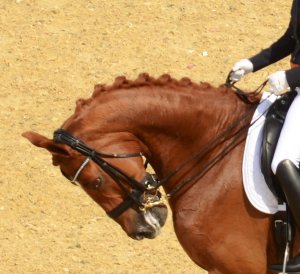 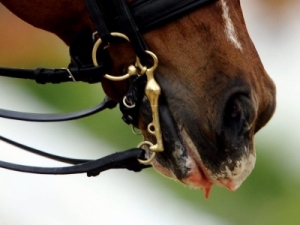 All of these are “moments in time” for this same rider – different times, different competitions, yet the same horrific treatment that passes for training. And this rider is not an isolated case.  The recent European Championships offered a wealth of material for those of us “ruining” Dressage with our complaints.  And the now infamous photos from Falsterbro offered dozens of “moments in time” for the same horse rider combination.  In that case, all of those “moments in time” were not enough for the national federation to make any decision about whether the horse was under any discomfort.

Let me finish my argument with this – I was present at the individual medal competition at the 1984 Olympics.  Twelve of the top riders in the world, and not a single “moment in time” that matches any of these photos.  I have attended team selection trials, state and local championship competitions.  I have spent countless hours studying riders in warm-up and competition at these events.  I have never witnessed “moments in time” like these that weren’t actually completely representative of the overall training methods which, until two decades ago, were all but unheard of at the highest levels of competition.

“The highest form of ignorance is when you reject something you don’t know anything about.” – Wayne Dyer

Now, to address the “Dressage is horrible!” argument.  This will be quick, for as much as their position is an ignorant one, unlike the “moment in time” folks these people are on the side of the horse.  Ignorant?  Usually. But I find it hard to dismiss or fault them for erring on the side of humane treatment of the horse. You’ve probably seen comments from these folks, but here is a recent example of one of these arguments, for illustration.

“Bloody awful! Spurred forward – then run into the double, over flexed by a man with hands of iron. Got to love Dressage – NOT!!!” [comment on Facebook]

That was in direct response to the picture of the gray that you’ll find lower down on this page.  It is hard to argue with his sentiment!  Yet, it should be our job to help educate them so they understand that what they’re seeing is not a good representation of what Dressage is supposed to be.  It is also our job to try to end the sort of treatment that leads to these comments – for if we cannot salvage our sport, the comments are fully justified!

And so, the Dressage Wars rage on – at times very, very ugly.  Yet, we need these wars, even with the often extreme positions.

As stated up front, the horse is at the core of these wars, and is the only one suffering.  Yet, the “knights” that should be defending the horse – those federations whose stated purpose is the protection of the horse in sport – refuse to step up.  They side with the “moment in time” folks.  Witness the recent decision by the Danish federation that photos like the one at right were insufficient to determine if there was pain or distress experienced by the horse.  Any ethical veterinarian, or long time horseman, can tell you the many signs here that prove distress and pain.  Yet, over sixty photos like this one (and worse) were not enough to convince a federation investigation that this might be against the horse’s welfare.

If you have doubt, yourself, take a snaffle bit and have a friend push it together around your lower arm, and see if you can’t determine that a horse’s mouth might feel pain under the same conditions.  (Many on the internet have suggested we do the same to the riders and officials, but I’m no more a proponent of torturing humans than I am of torturing animals.)

As long as the agencies tasked with protecting sport horses refuse to do their job, we need the screamers on the internet – even those who believe that Dressage is a cruel sport.  At least they help to keep the dialog alive – and the only hope we have of getting this changed is to get the press involved.  If that requires groups like PETA to scream, I say “Let them scream!”  When we finally get the spotlight focused on our sport, those of us too long ignored will finally get the chance to be heard!  And that will be a good thing for horses and our sport.  Until then, I’m off to tilt at another windmill …