“There is no joy in deadline. The desire to be something is ego-oriented and useless to the horse. Strive to do something instead! Do not seek arrival but enjoy the process of getting there.”

If there is one thing upon which my boss and I don’t see eye to eye, it is hard deadlines.  He comes from a corporate world, where everyone claims to live and die on deadlines and the bottomline.  This is not part of the public sector culture and, in spite of some public belief to the contrary, there are good reasons for that.  My jobs, for more than twenty years now, have centered around technology projects.  You always set a target, and you almost never hit that target – and, from talking to friends, this also applies in the private sector.  For my boss, this aspect causes a great deal of stress.  He is convinced that his job hinges upon hitting targets; yet, from what I can tell, it never did in his private sector job, and most certainly doesn’t here.

So, my boss is prone to panic, and to take it out on whomever is close by.  I do not easily get flustered, which is a cause of great consternation for him.  Blame it on the horses!

There is an aspect of my personality that causes more than my boss consternation – I am calm, if not downright jovial, when facing something that has gone wrong.  Part of that is innate – I once loaned Wicki to a friend for an overnight show.  We settled him into his stall the first night, but in the morning he was not there.  Of course I worried about my horse – but the more we scoured the extensive barns, then more I couldn’t help but laugh.  After all, no more absurd thing could happen to ruin your show than to have your mount disappear!  My friend was not amused – but, we eventually found someone who knew that a boarder had returned unexpectedly early, and Wicki had been in her stall.  So, we were taken to where he’d been moved to, and my friend had a lovely show.

Perhaps it is partly the life and death aspect of living with so many animals.  Death is always around the corner – and some of it has been far from pleasant.  When you have seen your stall walls smeared with the blood of a beloved sheep, after a vicious dog attack, a little computer issue seems rather trivial (the sheep did survive, by the way). 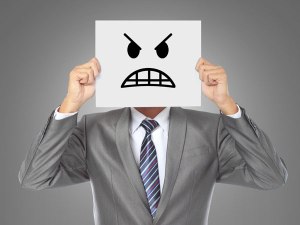 Whatever the cause, my fallback response to most adverse situations is to shrug and fix them.  This, if anything, irritates my boss more.  I cannot tell what he is expecting to resolve, but he much prefers to make sure his wrath is felt, perhaps in the misguided hope that a mistake will be avoided in the future. Is there really a reason to lecture people, when they have already provided the remedy?  Yet, how often do we see someone correct a horse who has already complied or corrected a mistake?

“Two wrongs will never make one right.  If something is performed incorrectly by the horse, no punishment will correct it.  For a horse can only understand corrective guidance that shows him what to do, not the kind that shows only what not to do!

The above quote is as true about humans as about horses.  We all learn better when the emphasis is on what to do, or how to do it.  That is not to say that a horse cannot take a correction when it goes wrong, or a person the same.  But, that correction is a lesser part of the learning process – if not followed up with guidance on how to do the task correctly, the student is doomed to flail about hoping to find something that works.  As each correction comes, the student becomes more desperate, but eventually just quits trying.  It is in the moments of reward that the motivation to continue is solidified.

The ability to be able to quietly and quickly make a correction, then gently guide the student (horse or human) toward a better method requires complete calm.  It also requires that you let go of deadlines, agendas, and any investment that you’ve made until now.  All of these are distractions that divert your focus; and any concern about not meeting them raises your stress level.  That is not to say that you cannot have plans or set yourself some goals – but when you are dealing with horses, these have to be very ‘squishy’.  You cannot set a specific schedule for any horse.

“No good rider ever carries out his planned training program for the day; the ability to correctly improvise is the foundation of correct training strategy.”

It can be difficult to remain calm in any situation where things are not going right – throw in a twelve hundred pound animal for whom flight is inborn, and you’ve compounded that difficulty tenfold, at least!  Yet, it is exactly because of their flight tendency that calm is all the more critical.  Studies in both horses and humans have shown that learning is limited, if not halted, when the being undergoes stress.  The activation of the alarm centers in the brain preclude the processing needed to link cause and effect to facilitate learning.  If, like my boss, you ratchet up the stress by adding aggression, then you further risk panic in the target of that aggression.  Not only does that affect performance, current and future, negatively – but when a horse is involved it adds a level of danger that does not need to be there.

“The mind of the rider can wait, and hold in check impatience and impertinence.”

So, feel free to have your goals – but, for the sake of your horse, keep them flexible.  If things happen that aren’t in line with those goals, calmly assess the situation and use it as a learning opportunity for both of you.  If you find that difficult in the moment, there is no shame in stopping, sleeping on it, and addressing it on another day.  Believe me, the horse did not “win” anything except the opportunity to do better the next day.  And the time you spend pondering the problem, calmly, also aids your own learning.

“Acceptance of happenstance also builds rider humility by admitting that even a horse can suggest valuable training strategies.”

Be good to your horses … and yourself!