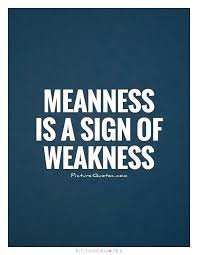 Does life run in themes?  Or does it just seem that way because things will stand out that resonate with a current focus in your life?  Perhaps someone will study it one day.  Whichever is the case, bullying seems to be the theme circling around me these days.

We have been undergoing bullying in our department for some months now.  I have watched the degrading effect it has on those around me, and I have felt it myself.  Most recently, I was subject to an unhinged tirade in which I was called names such as “Perfect Lia Know-it-all” at a high volume, by an adult my own age.  I have not experienced this sort of verbal attack since I was thirteen years old!  It certainly upped the stress level, and I know that the only change I can be sure of is change that I can control.  In other words, my long term plan will have to be elsewhere.  That is easier said than done, of course – but it is a choice that our horses never have.

As I said, while I am going through this personally, themes of bullying in the horse world seem to be bubbling up more than usual.  There are, of course, the usual posts about rollkur in Dressage, and the Tennessee Walker “Big Lick” horses.  Then there was this …

This is a still from a video posted by a Facebook friend, with pleas for signatures on a petition.  The “trainer” in this video is reported to be Eli Slabaugh, someone who has participated in such competitions as the Extreme Mustang Makeover.  I apologize for the grainy nature of the screen capture, but let me explain what you are seeing in this image.  The claim is that he is “lunging” this horse.  What the video actually shows is several minutes of him putting all of his strength against the lunge line, pulling until the horse falls to the ground with his front end.  Now, there might be some out there who would say, “Well, maybe he has a good reason …” (though I hope there are few who think that).  But here is the real “fun” part – as soon as the horse is pulled to the ground, he lashes it with a bullwhip!  That is the moment captured in the fuzzy image above.

You should know that the online petition, and whatever other pressure, seem to have been successful.  The man has voluntarily withdrawn from the Mustang Makeover, and is returning the horse he was given for the competition (who is not the one in the video).  That is a good thing, but it is a limited result.  Clearly this is a human being that should never be allowed around a horse.  However, my interest is less in this despicable bully and his criminal behavior – my interest is in how bullies are allowed to continue to bully, in an age where we are arguably more enlightened than at any other time in history.

First, the original posting of this video, that my online friend shared, simply commented on the potential damage to the head and neck with this practice.  Really?!  The worst they can find with this is that the horse might get a sore neck?  How about the fact that this is not only physical torture, but also the mental and emotional torture of a sensitive prey animal?  Repeatedly, this horse caves to what is arguably an extreme demand for a prey animal – to be taken down by a predator.  That would be enough to crush anyone’s spirit, let alone a prey animal.  But, just when he complies, here comes the pain of the whip crack!  That this is not clearly seen as torture by anyone is outrageous – and I am not so easily outraged!

Second, it is reported that the owner of the horse was actually taking the video!  Now, I will be the first to admit to being in a situation where a “respected” trainer did things to my horse that were, to me, abusive.  But I did speak up on occasions when physical damage was clearly being done – sadly, I was a minor, and the adults around me just hushed me.  What was the excuse for the person behind the camera?

Another old case, relevant to this discussion, reared its head in the midst of this bully-themed period.

This was the before and after of a warmblood known as Will – during training with Dressage trainer Cesar Parra, his head tied nearly to his chest, and later in the session after the trapped horse had flipped over, hitting his head so hard as to cause the bleeding seen in the photo as well as permanent nerve damage.  Other photos from that incident show a number of people present – why did no one see that the horse was in distress before he flipped over?  Flipping over is not a sudden occurrence without any warning.  Why did no one speak out?

Of course, it is easy to say that we would each speak out – many have confidently stated just that, online – but the reality is the opposite.  Back to my work situation: many people have been angry enough that they swear they are going to speak out, in a given meeting or on a given topic.  Yet, as I watch each one, they cave to the bully.  Are they weak?  Some would say so.  I happen to be one who has been strong enough to face down bullies – but I would not condemn those who do not.  And here are just a few reasons why:

Calling out a bully is a challenging thing to do, and I do not condemn anyone who finds it too hard to do.  But, looking at my colleagues, I would question whether the damage that might be done by standing up to a bully is worse than the damage suffered by laboring under the constant threat of abuse.

For the sake of our horses, I would challenge you to understand your role as their protector.  Your horse may stand tall, and weigh nearly ten times what you do – but they are physically and mentally sensitive, and physically far more fragile than you might imagine.  If they cannot count on you to keep them safe, then they have no one on their side.  In this digitally connected age, if you find yourself ostracized from a group for standing up to a bullying instructor or trainer, I guarantee you can find a group out there who will pat you on the back for your courage! 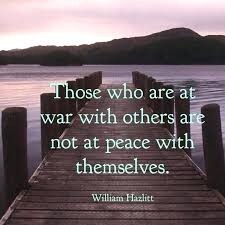 I will leave you with one final note about bullies – they bruise much easier than you do!  I learned at a very early age that when I finally stood up to a bully (albeit, when fully cornered) they folded shockingly easily.  After the recent tirade I experienced, it is the bully who cannot make eye contact or engage in simple daily workplace interaction.  But this time I did not have to kick or bite my way out.  What hurts a bully even more than fighting back?  Staying calm and not reacting!  Finding the courage to simply face down a bully is often the best defense (though, always look out for your physical safety!).

So, if you ever feel that a trainer is bullying you or your horse, simply and calmly tell them “No thank you!” and walk away.  There may be momentary pain, but I guarantee you will be happier with the long term result!