What is a master? 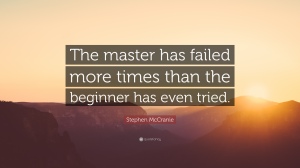 There has been a recent debate, in a Facebook group, on what qualifies someone as a “master” in the realm of Dressage.  It has been triggered by several “Master Classes” conducted by people whose only qualification has to do with winning competitions.  Is that enough to be a true “master”?  If there are other qualifying factors, what are they?  And who makes the determination that someone qualifies to be called master?

First, lets define what we mean by a “master”.  Here are the definitions of the word that are applicable here.

The first of these definitions implies a certain formal process for moving from apprentice to master.  Or perhaps it is a formalized achievement level that is recognized.  Germany has such a set of standards for the Reitmeister designation, which includes training 50 or more horses to international level Grand Prix.  Considering the time it takes for such training, and how many hours in a day, that seems like an accomplishment that would take the better part of a lifetime (more on that, later).

The second brings up an interesting question – what qualifies as “consummate skill”?  Some may argue that winning an Olympic medal would qualify.  But what if that is the only horse the rider has ever ridden at that level?  Is the ability to ride one particular horse, even at a high level, sufficient to qualify as consummate?  Perhaps.

The final definition is probably the least controversial.  There are few who would argue that Nuno Oliveira was not a master – someone whose work and philosophy is admired by multitudes.  In the world of horses, he was perhaps the first person to whom I heard the title “Master” applied.

The debates about the qualifications of a “master”, and whether the individuals giving the modern “Master Classes” fit the title, brought to mind something I’d once heard Gerd Heuschmann say.  In his estimation, no one can be called a “horseman” prior to the age of 45.  Prior to that, according to him, riders are too ambitious, impatient, and focused on competitions.  Although 45 is a somewhat random age (something he acknowledged), I tend to agree with his overall assessment.  I have certainly become a far better horseman in later life.  Although I was never highly ambitious, and I’ve long been praised for patience, it is in later life that I have been able to find a confidence and inner peace that has allowed me to take whatever comes with equanimity.

As I was contemplating the discussions of masters, and wondering for whose benefit it is important – rider, horse, or master – I came across this passage in Steinbrecht’s The Gymnasium or the Horse.

“The art of riding is an infinitely difficult art, and no one has fully become its master before age has whitened his brow.  There is an unbelievable multitude of means with which the horse sometimes almost imperceptibly resists his trainer and slowly and gradually escapes the full compliance for performing the tasks requested of it.  Only the incessant and most attentive study of the characteristics of the horse and the utmost precision of his feeling give the trainer, after long years of hard work, the unmistakable judgement that enables him to predict unevennesses in the path of dressage training and to avoid them.  Even with the greatest of care and the most serious diligence, no one should dream that it would be possible to reach the goal smoothly and without obstacles.  With every horse you take in training, if it appears to be the most evidently suitable riding horse, be prepared for disappointments, embarrassments, and fights; then you might possibly not lose your good humor; and that is really the most important in all of our work.

…. Whoever really wants to become a master of the equestrian art must have the ability, in addition to many other good traits, to take pleasure in overcoming difficulties per se, and such difficulties must not put him in a bad mood but, to the contrary, make him happy.” (pg. 220)

For me this speaks to what a master truly is – someone with a deep understanding and abiding care for the horse.  Steinbrecht’s description does not involve prizes won, and it does not mention other riders.  The master in the art of riding learns to deeply understand the horse – and note that he too believes it comes later in life.  Key, also, is his emphasis on maintaining a good humor, and even gaining joy from the process of overcoming the difficulties.  This is not just a chirpy personality, but rather someone who sees a challenge as an intellectual exercise and development opportunity for themselves.  Sadly, I have encountered those who are considered “master”, and qualify for the title in most ways, yet lacked this ability to welcome challenges.

The term “master” should not be used lightly, but it does have multiple levels of meaning.  If you are in a position of acting as an apprentice to a learned horseman, then that person is certainly the master under whom you are studying.  That person might not necessarily rise to the level of the other definitions above, but should still possess a lifetime of knowledge showing depth of understanding in the subject.

The determination of whether an individual rises to the level of “consummate skill” is rather subjective, without a set of guidelines that cover all of the complexity that is equestrian art.  Perhaps history is the best judge of the master, when sufficient people join in recognizing the lifetime of achievement of an individual.  But all of this leads to one certain conclusion, brought up by one of those discussing this topic on Facebook: the title of master is always bestowed, and never taken for oneself!

This entry was posted in Thinking Out Loud and tagged Gustav Steinbrecht, Gymnasium of the Horse, Horse training, master of the art of dressage, master teacher. Bookmark the permalink.