How would you react?

In many parts of the world it is the season of celebration.  Imagine that you have been invited to a festive dinner party.  You’ve been told that children are welcome, so you bring your toddler along.  The minute you pass through the front door, into the festive crowd within, off dashes your toddler!  She runs throughout the crowd, banging into knees, grabbing at food, knocking over lamps – laughing as she goes.  How would you react?

How you react to your runaway toddler will probably be driven by how you view her actions.  Is she trying to embarrass you?  Is she using the situation to prove that you have no control over her?  Does she have a lot of excess energy that needs to be burned off?  Does she not know how to behave in a strange house?  Or is she just excited by the people, sights, and sounds of this festive occasion?

If you believe that your toddler’s motivation is to embarrass you, or to prove who is boss, then your approach is likely to involve punishment.  Would you corner the toddler and prove to her who is in charge?  What reaction would you expect from her?  Or from the adults around you?

If you believe your toddler has excess energy that she is burning off, will you chase her around, encouraging her to keep running?  Will you expect that you can tire her out, in this way, such that she will then behave the rest of the evening?  What happens the next time that she has excess energy?

If you have not taken your toddler to houses other than your own, then perhaps she has not learned how to behave at another person’s home.  Preparation is always preferable, but this is a learning opportunity for both of you.  Do you take the time to teach her what is appropriate behavior?

Perhaps your toddler has been to other homes and behaved well.  Perhaps she has even been to this home – but now there is music, there are lights and decorations, and more people than she has seen at one time.  The mood is jovial, and people are laughing.  Can you blame her for becoming excited?  Her laugh tells you that she is happily excited, rather than anxious.  Is punishment appropriate?  Or is this that teaching moment?

Of course, by now you have seen through my thinly veiled ruse, and know that the toddler is a stand-in for a horse.  Some of the questions and approaches certainly sound silly when applied to a toddler – but are they any less silly when applied to a horse?  Like the toddler, a horse is fully dependent upon you for their education and guidance in all things related to life with humans.  Yet “He knows what he is doing!” is a statement commonly applied to a horse who is misbehaving.  I am not fully dismissing that horses can do things with intent – I have experienced it.  However, the intent is rarely to do you any harm, and certainly not to humiliate you. 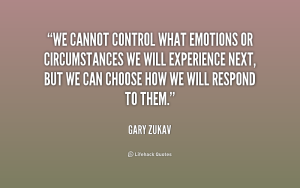 If you make the assumption that misbehavior is lack of knowledge, lack of context, or just over excitement, then you are far more likely to have an empathetic and effective response.  You are more likely to have concern about what the horse is feeling in that moment – is the excitement out of joy or out of anxiety?  You are also more likely to take this as a teaching moment – one in which not only can the horse learn appropriate behavior or reaction, but also one where you both may learn more about each other.

Today my overzealous “toddler” was Roxie.  She has been off for a couple of weeks, due to an injury.  Though she has still had turnout time, her turnout does not allow the kind of full out play she enjoys.  Last weekend, she made a couple of attempts at romping, and would quickly stop with her injured leg cocked.  So, there will be no play time for her in the near future.  However, she needs movement, and now that the leg is returning to normal, she needs to slowly build up strength again.  To that end, we are starting with some light lunging – or, that was at least the intent.

Considering the situation, she was well behaved.  However, there were moments when the excitement could not be contained, and she would throw in two or three bucks.  The response by some would have been punishment for “acting out” – intent to misbehave being the assumption.  However, under the circumstances, that would likely have elevated the situation.  Instead, with understanding for her bottled up energy, I simply told her to stop, and we continued on.

This brings me to another point about our fictitious toddler.  Whatever your approach to handling the situation, the one thing that would be of most use is a well trained “Stop!”  An immediate cessation of the rambunctious activity not only allows you to gain some control of the situation, but it provides a chance for calm to return.  Keep running after a rambunctious toddler, and they will only try running faster.  This is especially true of horses, whose brains are wired such that flight is self-reinforcing.

So, when Roxie would find it too hard to remain calm, I responded with “Whoa!”  By the third time that she “boiled over” she stopped herself after two bucks, before I could get the word out, and then walked calmly toward me.  I praised her and we went on for a few more calm circles before stopping.

It is, of course, dangerous to try to treat your horse like a child.  It is important to recognize all that makes a horse different from a human. However, if we all approached our horses’ behavior more like they were naïve toddlers and less like they were scheming adults, I believe both parties would be much better off.  They respond as well to patience and praise as your child does – so why not make that your first reaction?