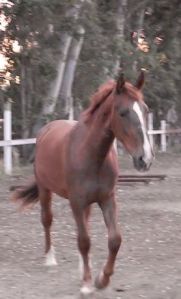 I have not raised any children of my own, but I have worked with many over the years.  I have, however, raised a number of young from other species. In my experience, and comparing notes with friends who are parents, there is one thing all young things share – teenage-itis!  The age when it hits may vary with the species, but the symptoms are pretty recognizable.  And right now, Noble has a bad case of it!

I’m sure we’ve all seen the symptoms of teenage-itis, among them:

Noble is exhibiting all of those symptoms, and then some.  He has learned that he is larger than me, and that he can pull away at will.  The weekend before last was an epic battle of wills, with him getting away more often than not.  My body took a beating, trying to keep hold of 900 pounds of runaway train.  We ended with him ceding control, but I was left uncertain of what the future would hold. The next day he was a loving, perfectly behaved boy!  The last two days were just the opposite – last night he was a perfect boy, in spite of a recent lack of turnout time; tonight, he decided to try me on again! 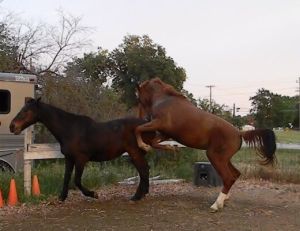 No respect for his elders!

He is also feeling quite full of himself with regard to uncle Java.  Until recently, it took only a look from Java to make Noble clear the path.  Now, the young punk gives the old man a run for his money!  No respect for his elders!

Well, it’s been a rough couple of weeks at work, with no let up in sight at the moment – so, I indulged myself in a little photo session with my terrible teenager.  He is being a challenge, but like any loving “mom”, I love my boy!  And, like any loving mom, I will now bore you with pictures of my baby! 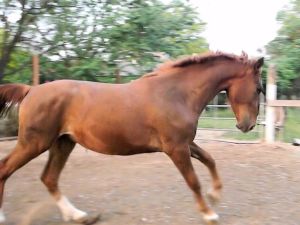 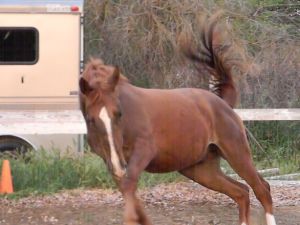 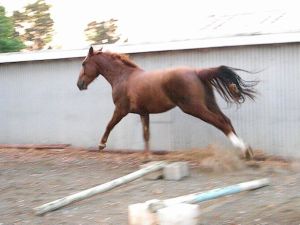 A Levade in the making! 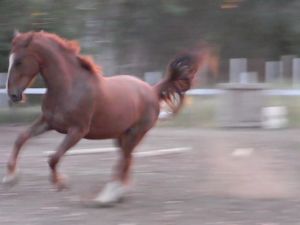 I don’t know which Noble I will meet tomorrow, but I know that one day he will grow into a handsome, charming adult … hopefully we’ll both get there with minimal battle scars!

This entry was posted in Just For Fun and tagged growing pains, Noble, photos, playtime, teenagers. Bookmark the permalink.