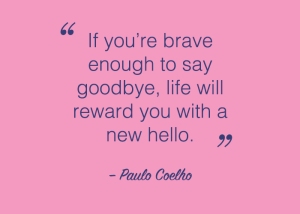 If there is one thing that life with animals teaches you, it is to accept the cycles of life.  Life begins, life ends, and in between there are many difficult decisions.  Those lessons will always repeat, as your life with animals goes on – but sometimes they seem to come at an accelerated rate.  Just this month, we added a new life to our menagerie, contemplated how much longer one may hang on, and lost yet another.

We began the month by adding a new member to our little dog pack.  Mom woke up one morning and decided she wanted another Shetland Sheepdog, over nine years after she lost her beloved Kelly.  At the same time, Nash has been sliding slowly downhill in a few ways – he cannot hold up his hind feet for a trim; he will no longer allow us to put his fly mask on; and at times seems just not as tuned in to what is around him.  Time will tell, as we watch the developments.

While we enjoy Maggie, and contemplate Nash, our little Patagonian conure, Echo, passed away today, at the ripe old age of 31.  To put that in perspective, my mother looked up life expectancy – the average in captivity is 19 years.  It is thought that they might be able to live as long as 34 years, but it has never been actually verified.  When Echo was just 13, I was told by a avian specialist that it was an exceptional age for his species – followed by a lecture that I was “killing him” by not feeding him a pelleted diet.  Wish I could find that vet today!

It was among these trees that I first met Echo and his eight siblings.

Although it may seem odd to write about a small parrot on a horse-focused blog, Echo came into my life directly because of the horses.  My Dressage trainer for many years also had an aviary during the time I rode with him.  He bred several varieties of parrot, large and small.  It always added an exotic flare to the very forested property to hear all of the bird sounds.  It was always my favorite place to wake up, on the occasions that I camped there in my van.

In early 1989, I was staying for one of the four-day courses my trainers were known for.  As I walked to the entrance of the barn, I saw a new large aviary filled with nine conures – though I was not familiar with the specific variety.  As I approached, several little voices greeted me, simultaneously, with “Hello. Hello. Hello.”  I was enchanted!  It became my entertainment, in the lulls in horse activity, to go and chat with the little flock – albeit the responses were always “Hello.”

When I made a comment to my trainer, he began his work on talking me into taking one of the little buggers home with me.  It turned out that the babies were about a year old.  He’d waited too long to get them sold, and they’d chewed each other’s tails off (it’s tough to keep up with the chewing needs of nine parrots!).  When you have a bird who is eighteen inches long, half of it tail, but the tail is missing, it’s not the most appealing selling point.  In addition, an unfortunate incident at an Arizona zoo, where a batch of imported Patagonian’s came in with Newcastle’s disease, leading to the death of some other resident birds, made the species temporarily unpopular.  So, he was desperate to just ensure they had good homes.

Over the course of a few days, he kept enticing me – finally offering me one of the birds for half of wholesale.  We already had two birds, in a one bedroom apartment – so it wasn’t the wisest choice – but I gave in and agreed to take one.  The barn manager was coming up to our place, a few weeks later, for a clinic, so she would bring one of the birds with her.

As with most parrots, Echo had few boundaries.

The barn manager being a friend, she was determined to find me a charming bird.  She looked for one who wanted to interact, and particularly one who was talkative.  When she was satisfied that one stood out, she nabbed him and put him aside to prepare for his journey.  I cannot vouch for how Echo would have measured up to his siblings, but I can say that he was, in fact, a charming bird.

Patagonian conures are not known for speaking, but Echo learned his name pretty quickly.  His vocabulary basically ended there – “Hello” and “Echo” – but he was an exceptional mimic for other noises.  He learned the screech of the deadbolt, the squeal of the kitchen faucet, and any number of regular household noises.  But perhaps his most charming habit was when the phone rang.  No matter where he was, Echo would fly immediately to the shoulder of the human answering the phone.  Before you could say a word yourself, he’d insert his head between your mouth and the mouthpiece of the phone, and very loudly say “Hello!”  Listening to the reaction on the other end of the line, when the clear but cartoonish greeting rang out, was good for a laugh every time! 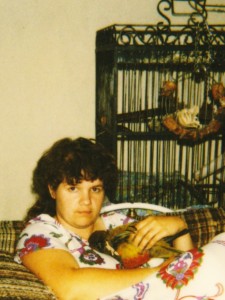 Echo and me, so very long ago.

My favorite Echo story shows the amazing creativity and intelligence of parrots.  We were living in a mobile home on a horse property.  On one side of the living room was a large sliding glass door opening onto a deck.  The landlady, who lived next door, had a number of barn cats roaming around.  Echo’s cage looked out over the deck, where the cats would often sun themselves.  Not being used to cats, Echo would sound his conure alarm when they were in view.  Our dogs would respond to his alarm by coming running, barking, and their presence would chase away the cats.  I found it a fascinating example that one species could clearly recognize the alarm call of another – and come to their defense.  But Echo would turn it into another lesson in animal behavior.

One day, I was sitting in the living room while my mother was at the end of the trailer with the dogs.  Echo sounded the alarm, and here came the dogs on the run.  But, I didn’t see any cat – nor did the dogs, who looked around puzzled.  All returned to quiet, and the dogs trotted back to my mom.  I noticed Echo watching them go.  A few minutes later, Echo sounded the alarm again.  This time, I realized that he was looking up the hall where the dogs had gone – and here they came, running and slipping in their hurry to find the cat.  No cat.  This repeated one more time, confirming to me that Echo was simply amusing himself!

For the rest of our time in that trailer, when the dogs were in the house and Echo was bored, he would sound the alarm and watch for the dogs to come.  As smart as our dogs were, they never actually caught on to the fact that it was a ruse!  It’s hard not to give the win, in this test of intelligence, to the parrot.

Echo was the smallest of our current menagerie.  In recent years, with the dogs we currently have, and the draws on my time, I did not spend as much time with Echo as I would have preferred.  It is the challenge of sharing your life with parrots that they live longer than most of our domestic animals – and parrots are far more in need of social interaction than your average cat or dog.  It is because of this that I discourage most people from even considering them as pets.  There is no more amazing pet, if you have the time and commitment – but they are messy, noisy, needy, and a long-term commitment.

With Echo goes connections to the past – but the memories of our clever little conure will live on.  It is always sad to lose one who has shared your life – but, like so many who have lived with us, Echo far surpassed the typical life expectancy of his species.  For the past 18 years, he even had a beak growth anomaly that three different veterinarians could not diagnose – yet he never let it slow him down.

Rest in peace, little Echo.  You were a charming little fellow who left a mark on our hearts.